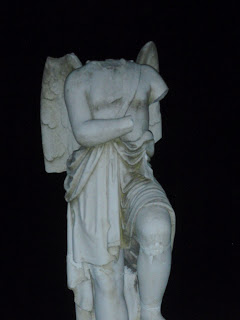 If you are looking for paranormal activity, Woodlawn Cemetery has it!  This location is a very beautiful, yet very old cemetery.  It has had many stories and many rumors of different spiritual encounters.
One being that there is a little girl that follows you through the cemetery, making herself very visible to anyone.
Then there is the rumor of an extremly unhappy spirit that is near the Chapel and can be very malevolent. Another is that if you curse near the Chapel that a spirit will come along and wash your mouth out with soap in which case you will have a very distinct taste of soap in your mouth and the scent of soap will be in the air.
(My friend Tracy and I did try this, and however we did not have that experience) 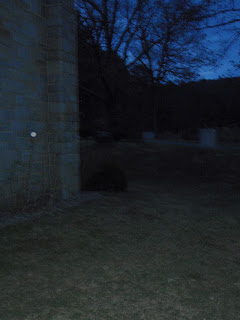 Notice the Orb. We inspected that same spot and found nothing that would
cause a reflection. 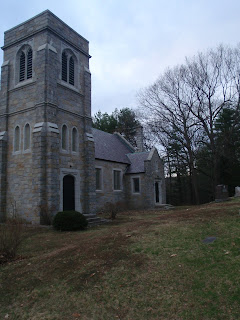 As dusk started to settle in there was distinct heavy footsteps coming from the left side of the Chapel. As though someone was stomping around the corner of the church.  As Tracy and I were standing in front of the Chapel there seemed to be movement all around us, in the trees around some of the headstones.  Tracy could feel a strong presence standing behind her.  There was definetly strong energy and I will say that it was not one, but multiple spirits hanging around.   At one point we were leaning against my car just talking and I looked past Tracy, there were two black figures standing side by side, maybe fifty feet away from us.  Tracy turned and saw them as well, we stood there watching to see if they moved in away, which they did not, I turned the headlights on and they were gone.  Once the headlights were off and our eyes adjusted,  we looked again and this time only saw one black figure.  It was as though we were the ones being watched.  I took a few photography's, trying to get these figures on film, although the photo came out very dark you can still just make out these two black figures.  I walked toward the spot where we saw them, but as I got closer they were gone.   There was a lot of movement in the tree near my car, every so often the branch and the leaves would begin to rustle, but there was no breeze that either of us could feel that would cause it to move, we looked around at some of the other trees that were near us and those were standing still.  Something seemed to have wanted a better look at us or maybe it felt the safest in the tree. 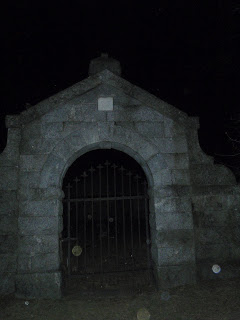 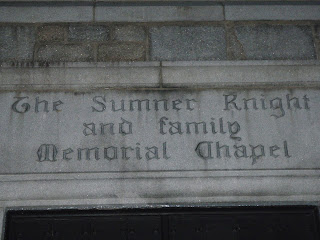 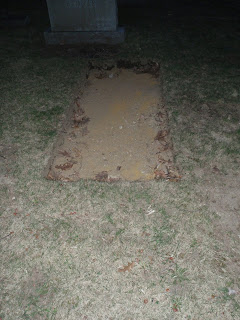 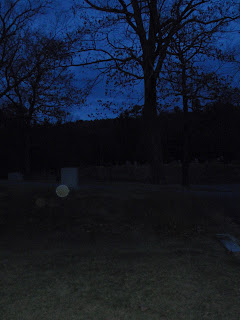 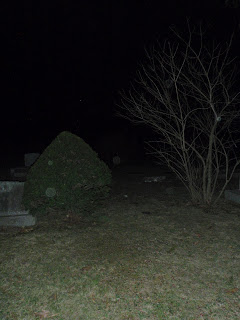 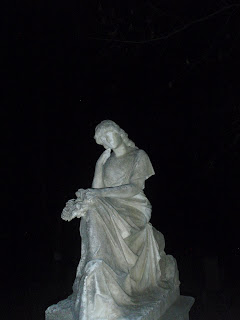 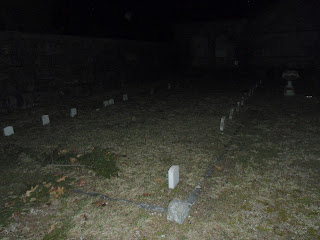 I did not feel any negative energy, what I did feel was that whatever was with us was very uneasy, restless per-say.  The energy that I felt was that of curiosity.  I will say that Woodlawn Cemetery is indeed haunted.
Posted by ghostly7 at 10:03 AM

ghostly7
Anything creepy or eerie I am there to check it out. Old cemeteries, abandoned homesteads or Asylums or crypts..I am obsessed with the paranormal. If you feel you are being haunted let me know!